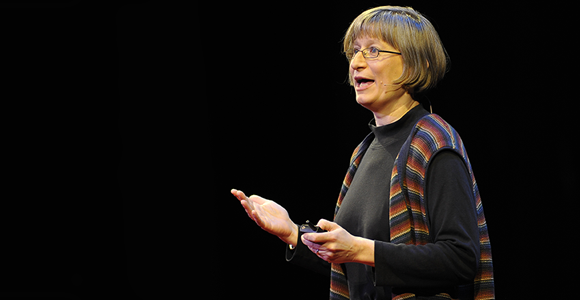 What do they have in common? Diane Kelly, AB’90.

I don’t think anyone plans to start something that people will love as much as they love the Scavenger Hunt. The first instigator, Christopher Straus (U-High’84, AB’88, MD’92), recruited my friend Cassandra Scharff (AB’90), and she came to my room in Tufts and said, “You need to help.” We’d meet occasionally in Chris’s room to plan, and Chris’s roommate, James Cambias (AB’88), was not on the committee, so we’d kick him out. After a few kickings-out, I noticed this guy was cute. We’ve been married 23 years.

During the fourth Scav Hunt, one of the items was a telephone pole, and there happened to be one sitting on the sidewalk at 55th and Blackstone. It had been left there for the weekend. One team started to take it, but they were stopped by the police, who made them put it back. As they were leaving, they saw another team heading to it, so they called the police, and the police made them bring it back. In the end, there was a 24-hour police watch on this pole.

I was sure I was going to be a geneticist, but I got seduced into anatomy. Then when I went to graduate school, I wanted to work on a system that was largely undescribed. Well, very little had been done about reproductive systems. No one had looked at them from a biomechanical perspective, and penises were easiest. They’re easy to get at. They’re easy to test. I also research sexual differentiation in the nervous system, but I don’t get as many questions about that at parties.

For my doctoral project, I needed a small animal with a large penis, so that I had a decent chunk of tissue. I tried possums first, but they grossed me out—not the animals, but their parasites. Whereas armadillos are relatively clean. I’d go to Tallahassee for a month and make a 50-mile circuit every day, looking for road-killed armadillos.

One day, I was going to the movies. I saw an armadillo by the road, and my equipment was in my truck, so I started doing the dissection right there. A policeman stopped and asked what I was doing. Being a relatively truthful person, I said, “I’m dissecting an armadillo, sir.” He told me to be sure to clean up when I was done.

When people find out I do penis research, they often ask me questions to which I have to say, “You should talk to your doctor about that.” Or I get questions like, “I heard walruses have a bone in their penis so big that the Inuit use it as a war club.” Well, I don’t know about the war club aspect, but it is pretty big, and sometimes it breaks. How well it works after that, I do not know.

When my daughter was 7 and my son was 2, around 2004–2005, there weren’t many good science games on the market. So my husband and I designed Bone Wars, in which players act as 19th-century paleontologists and try to steal each other’s dinosaur bones. And then we designed a game for younger players, Parasites Unleashed, which contains lots and lots of gross facts. But I don’t think we’ll be creating any penis games.