John Fitzgerald, AB’98, pitched for the Maroons all four years of his undergraduate career. After graduation he earned an MBA, had a brief career in sports marketing and broadcasting, and then coached baseball at the Illinois Institute of Technology, Notre Dame, and North Central College. This past fall he returned to UChicago as head baseball coach.

When you were playing baseball as an undergrad, did you ever think it would become your career?

I always had a bit of an interest in being a coach at this level, mainly because I played for Brian Baldea [now associate athletic director]. He was honest, he was a really good leader, his baseball acumen was very good. He was a phenomenal guy to play for. But I originally thought I would go to law school.

How did you get into broadcasting?

A few teammates of mine and a roommate—mainly baseball players I think—started doing basketball games on WHPK. I was just imitating people, trying to figure it out. I’m sure I have some tapes in a box somewhere. I’d be scared to find them.

I really loved the craft. I still do. I still broadcast Loyola University basketball part time.

I’m not a yelling coach per se. I think you need to first find out the makeup of your team. Some guys are motivated by tough love, some guys absolutely not.

Since I’ve become a father [Fitzgerald has a toddler and, at interview time, a newborn], my concept of coaching has changed a little bit. All of a sudden, that could be your kid. It also makes you realize that when you’re just starting out, you can be a buffoon at times. 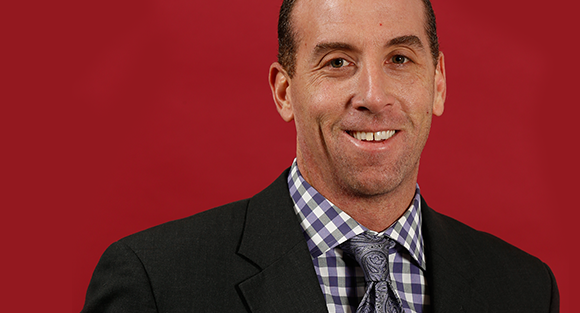 Personality-wise, the kids I deal with on a daily basis are ideal kids—kids that I love to have conversations with, that I love to see every day when I come to the ballpark. That makes a huge difference from other places I’ve been.

Anything you would change about them?

They probably think too much. There are a lot of unintelligent people who are really good baseball players. Baseball is analytical, but when you’re in a game, you need to let instinct take over.

It sounds like those lessons could apply outside the baseball field.

Baseball doesn’t promise you anything. I think that’s somewhat indicative of life. A lot of times, you’re going to fall flat on your face. But you’re going to be able to get out and try again. You learn to deal with adversity through the game because it is so failure based.

As a pitcher, what were your go-to pitches?

Fastball and changeup, I would say. The changeup was effective because it was probably slower than everybody’s bat speed.

Are there pitches you never mastered?

Most of them. There’s the psychological side of baseball. Then there’s flat talent too—that helps. That’s why some of those unintelligent baseball players are really good.

Fitzgerald as a pitcher for the Maroons in the late ’90s. (Photo courtesy UChicago Athletics)