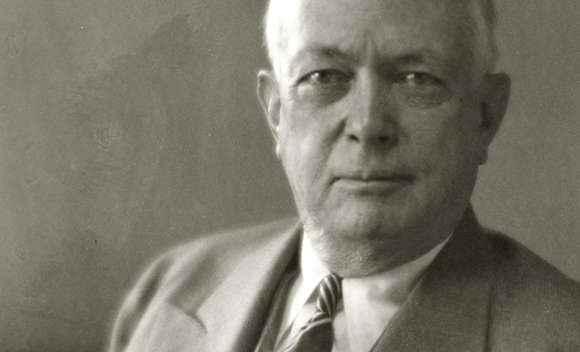 Ten Quantrell Award winners talk about what they’ve learned in the classroom.

The Quantrell Award is believed to be the nation’s oldest prize for undergraduate teaching. Established by University trustee Ernest Quantrell, EX 1905, in 1938, the prize is named for his parents, Llewellyn John and Harriet Manchester Quantrell.

More than 300 faculty members have been honored with the award, which is based on letters of nomination from students. A rare few have won twice, including James Redfield in the Committee on Social Thought and Lorna Straus in Organismal Biology and Anatomy.

Interviews have been edited and adapted. 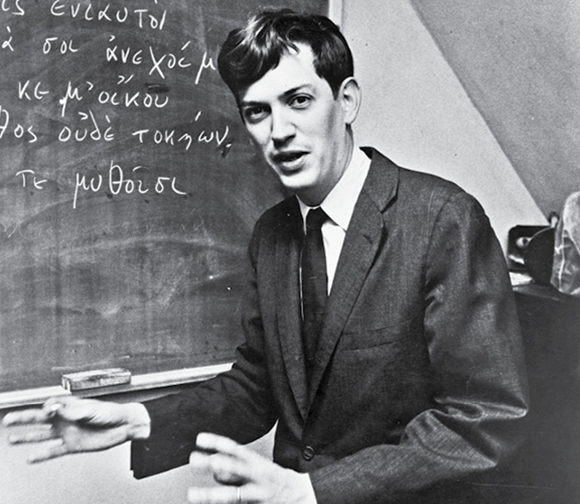 Redfield (shown early in his career, talking about the Odyssey 4.295-97) is a third-generation UChicago professor. His father was anthropologist Robert Redfield; his grandfather was sociologist Robert Park. He once considered dedicating a book on Homer “To Saul Bellow, without whose unremitting hostility this book would never have been written.” (Photo courtesy University of Chicago Photographic Archive, Special Collections Research Center)

I’ve had some teachers I really didn’t like at all. I had a music teacher who taught us those little verses that enabled you to identify the work. I will not sing any of them to you because you will never get rid of it the rest of your life, whatever it is. I carry those around with me, and I really resent them.

I went to the famous Hutchins College, described in the New Yorker as the greatest magnet for neurotic juveniles since the Children’s Crusade. I was 15. I was one of maybe three males in my entering class whose voices hadn’t changed.

I chose to study Greek because it was the highest-prestige language that my father didn’t know. I do not have a knack for languages. I had to really sweat at the Greek language, and I’m still learning. It’s a bottomless pit—you never do quite master it. But I enjoy teaching it because I learn it more every time.

The first class I ever taught was downtown. We used to have an arrangement with the professional schools, the art schools, to provide their general education components. I have this vivid memory, the first class, I was really kind of panicked. I was not at all clear what was going on. But the second class I thought, “Oh, my goodness, I was just born to do this.”

My father [anthropologist Robert Redfield, LAB 1915, PhB’20, JD’21, PhD’28] was a famous teacher. He was one of those people of whom people say, “He’s the greatest teacher I ever had.” Which I actually think is sort of the minimal standard. If they’re not saying that about you, you probably shouldn’t be in the business.

But nobody’s a good teacher for everybody. And just about everybody is a good teacher for somebody. You know, these absolute losers, and then you meet somebody who says, “Oh, they just changed my life, just turned me around.” Teaching is not an art, exactly, it’s not a skill. It’s a relationship.

This is my 80th year on this planet and 54th on the faculty; 1960–61 was my first academic year. I teach freshmen every year. I like to teach them in the fall before they get discouraged. They’re ready to talk to each other and they’re lively.—Claire Zulkey 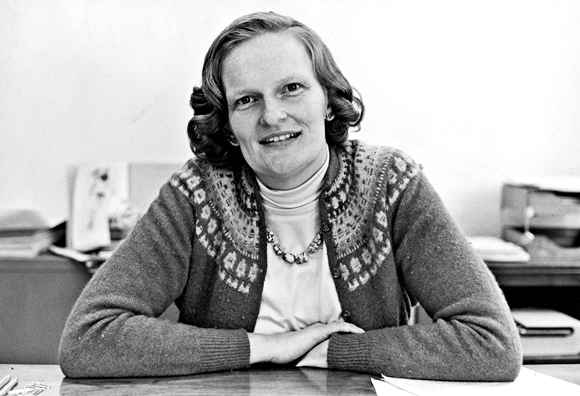 Straus’s father, Ernst Puttkammer, JD 1917, was a Law School professor; her son Christopher, LAB’84, AB’88, MD’92, who once served as a TA in her class, is an associate professor of radiology in the Biological Sciences Division. Straus served as College dean of students from 1967 to 1982. (Photo courtesy University of Chicago Photographic Archive, Special Collections Research Center)

Someone said to me early on: if you’re not nervous when you go into your first class of the quarter, or really every class in a given course, you ought to think about quitting.

In the classroom you’re thinking on three levels: what you are saying, what you’re going to be saying next, and what you did say. And you have to watch faces and see whether what you said got through. You have to pay attention to an awful lot of things.

I taught in the Core, I taught an upper-level 200 class taken mostly by third- and fourth-years in the biological sciences, and I taught in the medical school. I liked them all, but the Core the most. The vast majority of students were taking the course to meet a requirement. They weren’t going to be bio majors. The rewarding thing was halfway into the quarter, there were students thinking, “Hey, this stuff is more interesting than I thought,” or “Wow, I can do this.”

I was a French history and lit major in college. I avoided science with complete confidence. Then along came Fran Straus [MD’57, SM’64], a biology major I ended up marrying. I realized I needed to embark on some kind of basic grounding in science and then discovered, just like the Core students, I could do it, it was interesting, and I liked it.—Jeanie Chung 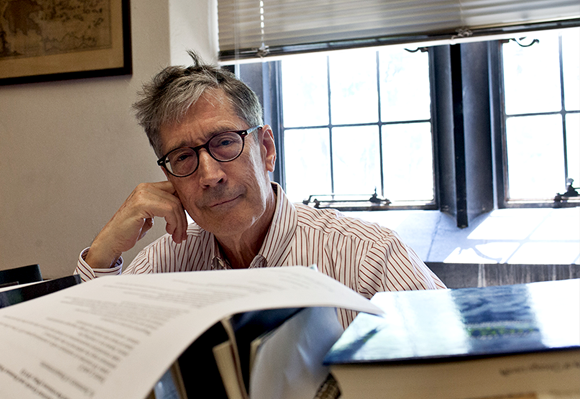 “I always feel nervous every time I go into a new class, and I’ve been teaching for almost 50 years.” 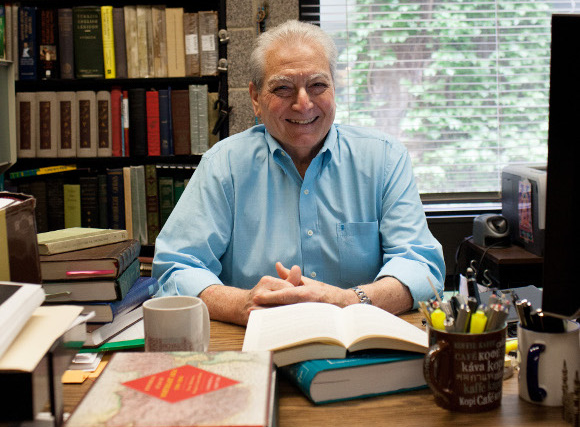 Professor, Departments of History and Near Eastern Languages and Civilizations and the College
Quantrell Award Winner 2014

I’ve been here for 45 years. I probably began teaching Islamic civilization in 1972, and I teach it every year. Can you imagine what that’s like? How do you keep it from getting old and stale? I had a vision of myself standing in front of the class with shaking hands, reading yellowing note cards.

To me it always seems fresh and new. On a class-to-class basis, I don’t exactly know what’s going to happen.—Carrie Golus, AB’91, AM’93 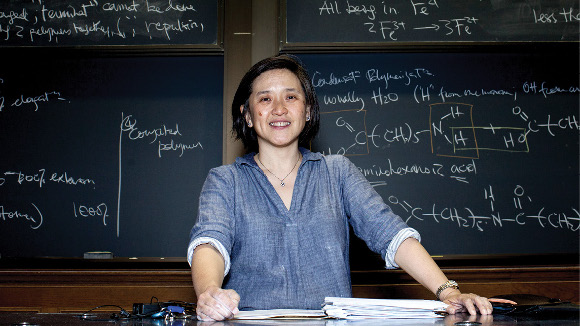 The first class I taught at UChicago was in the winter quarter of 1999. Chicago had 20 inches of snow that January first and of course I was in San Francisco. I was worried sick that I wouldn’t be able to fly in to teach my first class on the third. I also happened to have a newborn with me. I had to be really disciplined; I never knew when he’d wake up. I just had to be sure I was ready ahead of time.

It was a small class in Eckhart. One of the students taking the class, which was an honors sequence, was a classics major. This is so U of C: she wanted to take the toughest class.

I also mentor high school students. It’s very important to me that it’s an enlightening experience instead of them discovering, “I don’t know anything.” At the end of the day, they might not think science is the thing for them, but at least they gave it a chance.—Claire Zulkey 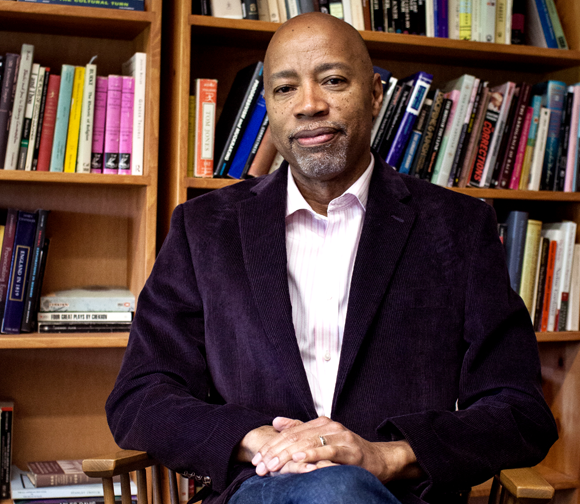 Winning the Quantrell encouraged me to continue to experiment pedagogically. Some of the things I did in the classroom worked, and some didn’t. The award underscored that it was an OK thing to do—to be willing to take risks.—Carrie Golus, AB’91, AM’93

One year the class baked me a cake. I think they were happy with the course and they just wanted to thank me. The cake had candles and pictures of a laser on it. It was really cool.

Another year I was teaching and the fire alarm* went off. I said to the class that I guess we should leave—but this chemistry stuff is so important, we’re going to go down with the building. Years later students would come up to me and laugh about that moment.—Carrie Golus, AB’91, AM’93

*It was a false alarm. No chemistry students were harmed in the making of this anecdote.

The sequence for majors, which is the 150s, originally used a language called Scheme—now it uses Racket—which is a great language for pedagogical purposes, but it’s not something you can put on your résumé. We made a conscious choice to use Java for 120s, for nonmajors, because we wanted students to be able to say I know exactly what that is and an employer will know what that is.

We first taught 122 in Winter 2009—to three people. We had 100 students in the class this past winter. Students find it really empowering. Every year some fourth-year comes to me and says, “I didn’t know I was going to love programming. Why didn’t I take this course as a first- or second-year?”—Sean Carr, AB’90

Matthew Briones, Associate Professor, Department of History and the College

Ilaria Rebay, Professor, Ben May Department for Cancer Research, Department of Molecular Genetics and Cell Biology, and the College