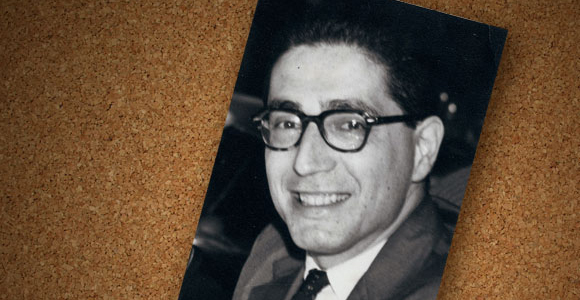 Praise for a teacher and scholar.

Herman Sinaiko, Plato scholar and legendary professor, died October 2 at age 82. Sinaiko taught in the College for 57 years and served as dean of students in the College from 1982 to 1986.

A proud “Hutchins baby,” Sinaiko entered the College in 1945 at age 16, received his bachelor’s degree in 1947, and began teaching in the College in 1954. In 1961, he earned his PhD in philosophy and social thought.

In the days after his death, generations of students and friends posted their tributes to the University of Chicago’s Facebook page. Here is a small sampling.

“A wonderful man with exceptional insight to humanity and a special gift to impart his wisdom and knowledge.”
—Alexander Soriano, AB’05

“I wrote my first college paper for Sinaiko! I still have it, and the long paragraph of thoughtful comments he wrote.”
—Jessie Casteel, AB’99

“On the last day of HBC [Human Being and Citizen] he brought in all the books we had read that year, from Plato to T. S. Eliot, and wrote them out in a timeline on the board. Then he said, ‘You now know how to read philosophy, novels, poetry, theology, and plays. You are all heirs to the tradition of Western Thought. Make of it what you will.’”
—Jean Bauer, AB’04

“I took nearly every class he offered while at Chicago from 1977 to 1982. I lived for his praise and acknowledgement, and loved to sit right next to him—I used to think, proximity may work for me here, maybe the molecules of his amazingness will move osmotically over to me.”
—Lonnie Stonitsch, AB’82

“I remember him coming into Cobb coffee shop every morning and getting a donut and ‘mid-sized’ coffee. I could have set the coffee shop’s clock based on his arrival.”
—Jennifer Lohmann, AB’01

“I took Mr. Sinaiko’s Art, Artist, Audience class in the late 1990s or early 2000s. He told a great story about asking his parents to send him something civilized to read during boot camp to counteract all the bad language and brutality. They sent him Jane Austen, and he said that he used her art to transcend the situation. That story, and a general sense of Mr. Sinaiko’s enthusiasm for the humanities and undergraduate teaching, has stuck with me.”
—Christine Minerva, AB’02

“Herman gave a talk at Woodward Court called Liberal Arts and the Martial Arts. … Afterwards, he told me that earlier in the week, he’d had this exchange with another professor who was passing him in the hall and hailed, ‘Hey, Herman, I saw the notice for your talk. Interesting topic—I’ll definitely not attend. What will your next talk be—Lincoln: The Man, The Car?’”
—Eli Seaman

“I remember thinking how cool it was that he had a cot in his office and what a testament that was to how much he loved his work. Or maybe he stayed late because he was so generous to students with his time.”
—Dan Forbes, AB’92

“He was the best teacher I’ve ever had, from elementary school to my PhD at Harvard … I still find myself inspired by his example as I teach my own college classes … His students, and students of his students, on to many academic generations, will be forever in his debt.”
—Judith Grabiner, SB’60