Ivan Brunetti, AB’89, lives and works in Chicago as a teacher, editor, illustrator, and cartoonist, usually in that order. His new book Aesthetics: A Memoir, will be published by Yale University Press in 2013. Although Doc Films had a Val Lewton film series last quarter, Brunetti, to his chagrin, did not make it down to Hyde Park for a single one. 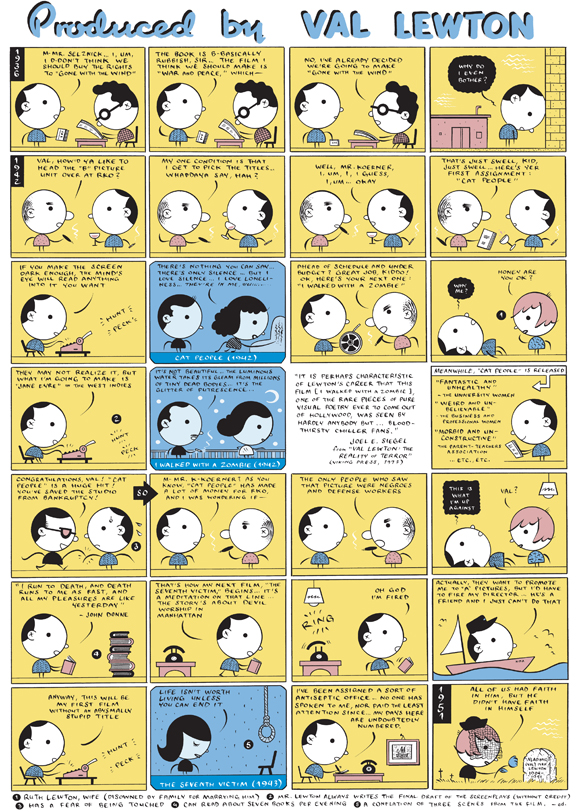