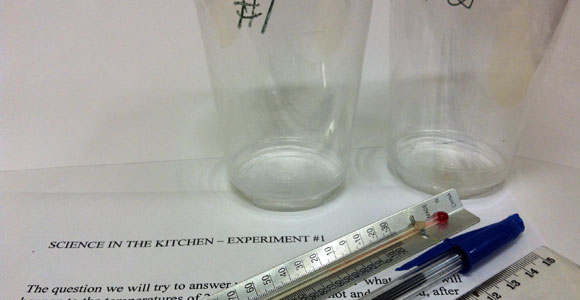 All scientists are from Missouri

Dan Sudran, AB’66, founder of the Mission Science Workshop, explains why he tries not to explain.

In science, in order to teach, you have to be learning—rather than being the person who’s already learned and transferring that to others. I find that you can learn things in the most surprising places. You could learn something from a five-year-old.

For example, I asked a group of first graders to take two cups. Put hot water in one and cold water in the other, then take their temperatures. You find that one’s pretty hot and one’s pretty cold.

But what if you wait a day and retake the temperatures—what’s going to happen?

We put both hands in front of us, one hand higher than the other, and we moved our hands to represent the temperature. We said, our hands could come together, and they would both be the same temperature. Or the top hand could go higher and the bottom hand could go lower. There was almost a certain visual, kinetic aspect: they might move further away from each other, they might move together, or they might converge. On a certain level, I thought, this might not have anything to do with concepts about heat, which they haven’t developed much at that age. It might have to do with concepts about how things move.

Then one girl said, I think they’re both going to be the same temperature. I asked her what temperature, and she said, the temperature of the air in the room. [This is what would actually happen.—Ed.]

I said, oh. Let’s call that “Tedy’s theory.” So then we were testing Tedy’s theory. We know Tedy’s pretty smart, but does that mean she’s right and that’s the end of it?

It doesn’t matter how smart the person is, or even if they’ve done the experiment before. I say, well we weren’t there. I tell kids, I’m from Missouri, which is the “show me state.” You’re always supposed to say, “Show me. I don’t believe it until you show me.” In science, everybody’s from Missouri.

Sometimes kids really want to know what I think. I say, okay, I’ll tell you, on one condition: you don’t believe me.

For more about the Mission Science Workshop, see “Free Thinking.”