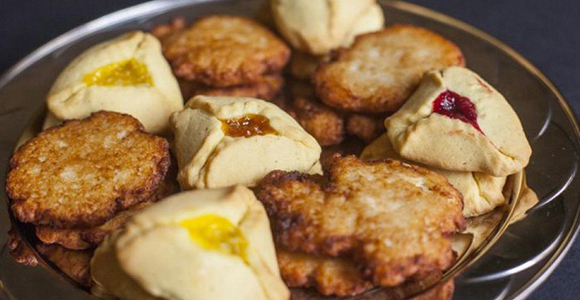 The Latke-Hamantash Debate has been a University of Chicago tradition since 1946. During last fall's "debate," not a single professor defended the hamantash.

“After God created the potato, He was so enamored by this perfect form that He sprinkled them throughout the universe. Now you might disagree. But good luck with free expression, even at the University of Chicago. God has spoken.”

“I can’t tell you how amazing it is. This is the achievement of a lifetime. When you get the call—I apologize to the Nobelists in the audience—but this is the Nobel Prize of the University of Chicago.”

“Sugar is far more addictive than other kinds of foods. Taxing this triangle turns out to have a welfare benefit, in terms of health and addiction.”

“You cannot bite into the same latke twice.”

“Sometimes there’s a right answer. I’m on Team Latke. When you grate potatoes you get bits, and they turn into bytes, so latkes win.”

“The hamantash is a triangle. The latke is a kind of a circle. Any anthropologist would know that we’re dealing with a fundamental kinship convention, where triangles are male and circles are female. This would be a marriage between them. An offspring would be a hybrid, which is, in Jewish tradition, an abomination. This is clearly a misalliance.

Either it’s too distant—it’s a marriage with a Gentile—or it’s too close—it’s incest. It’s unlikely to be incest; the partners are too different. One is baked and the other is fried. One is sweet and the other is salty. So the chances are, one of these is a Gentile. How do we know which one? 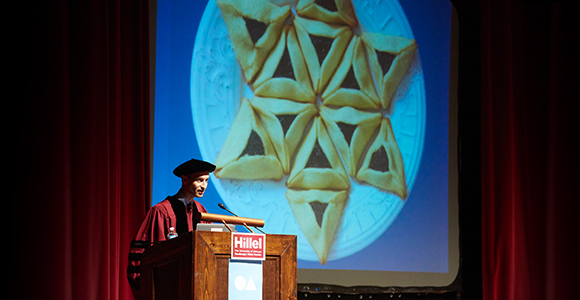 “A colleague emailed me a couple of weeks ago to ask whether I would be arguing tonight in favor of latkes or ham.”

“So let us conclude: the latke stands for poetry, civilization, and statesmanship, while the consumption of hamantashen—especially poppy seed hamantashen—causes constipation, maculation of the face, jaundice, tooth decay, gout and arthritis, internal rot of the body, ulcers and boils, semen buildup behind the eyes, and ultimately death. In short, the truth finally lies open to us: the harmful, flesh-eating hamantash caused the fall of Rome. Thank you.”

*Sahlins, Heckman, and Hegel shared their insights via the video Between Two Lecterns, hosted by Nirenberg. Hegel bore an astonishing resemblance to the dean. You might even think they were the same person.