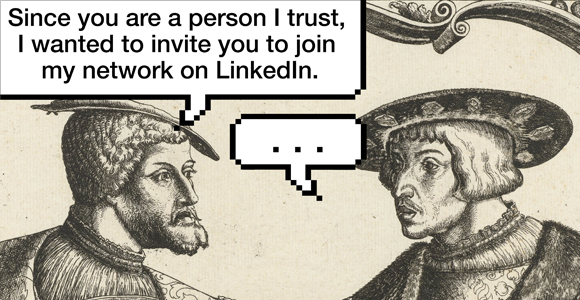 words of wisdom from the habsburgs

If you’re looking for career or life advice, the internet has no shortage: Make a big impact immediately. Take risks. Work harder than anyone else. Never eat lunch alone.

The internet has been around for less than 50 years. The Habsburg Empire, on the other hand, lasted 600. And its lessons are very different, says John W. Boyer, AM’69, PhD’75, dean of the College and the Martin A. Ryerson Distinguished Service Professor of History. Rather than encouraging you to be an “arriviste scrambler,” Boyer says, here’s what the Habsburgs might suggest.

Be loyal to your friends and family.

When the Holy Roman emperor Francis II (1768–1835) was told that a certain courtier was a patriot, he said, “Yes, but is he a patriot for me?” To the Habsburgs, loyalty was paramount. “They had a whole system of honors, carefully crafted to reward their friends,” says Boyer, “and—by the absence of rewards—to punish their enemies.”

It’s not all about you.

“The people who served the emperor and the empire were working, in their mind, on behalf of a larger cause,” says Boyer. “The Habsburg Empire was a world of honor, of loyalty, of service.” Find something more significant than worldly success to care about—social change, religion, friendship—to give your life meaning.

Don’t suck up to superiors.

“There was a sense in the imperial bureaucracy that you should do your job, rather than save your job,” says Boyer. When you start a new job, you might think the best way to advance is to curry favor and always say yes, even if you should say no. “But that’s not how an institution functions well.”

If you find a job you like, keep it.

Franz Joseph (1830–1916) became emperor at age 18 and served until he died. “The longer he did the job, the better he got at it,” says Boyer, and his constant presence brought stability to the empire. Similarly, “you don’t have to think of your career as a bricolage of little way stations. If you like your job and you’re good at it, why not stick around for a while?”

Although Franz Joseph managed his empire “rather well,” says Boyer, “at the end he made the very unfortunate decision to start World War I.” The emperor knew that Russia, France, Germany, and other countries would be drawn in. But he was furious about the assassination of his successor, archduke Franz Ferdinand, “whom he didn’t like anyway,” says Boyer. “Why avenge someone you don’t even like?” World War I destroyed the Habsburg Empire and set the stage for World War II. “Without getting into counterfactualism,” says Boyer, “it would have been better to have taken a little more time and not allowed emotion to govern his decision.”

Collage by Joy Olivia Miller, based on an illustration of Karel V and Ferdinand I (attributed to Monogrammist CB met boom, 1513–1553).