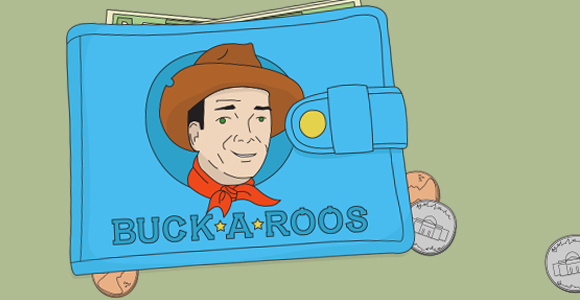 Ted Gonder, AB’12, has taught high school students about personal finance, and he can teach you too.

Being “financially capable” is not just a matter of knowing what you should do with your money—spend less, save more—but managing your money, and therefore your life, to your best advantage. Ted Gonder, AB’12, cofounder and CEO of Moneythink, a financial education nonprofit that began as a recognized student organization in 2009, shares the top five money mistakes you might be making.

1. Not thinking before you spend.

Sure, the College taught you how to think critically, but that doesn’t stop you from buying the latest iPhone or picking up the tab for your friends after a night out. “People spend their money irrationally based on impulses rather than pausing and being mindful about their expenditures.”

Where do you want to be in five years? Ten years? Twenty? Do you know what you’ll need to pay for grad school, a wedding, your kids’ college education? “Unfortunately, most people don’t have a plan at all.”

3. Looking around too much at how other people are spending money.

Trying to keep up with the Joneses, or the Kardashians, can be detrimental to your financial health. Rather than letting life’s external cues dictate your spending, Gonder advises, “Determine who you want to be and how you want to use money as a tool to express your values.”

4. Spending money on materials rather than experiences.

Remember that new Fitbit model that you just had to have? The one that’s now sitting in a drawer? Perhaps that money could have been better spent. “Whether it’s investing in professional development, going on an exciting travel adventure, or learning a new skill, those things tend to be far more lasting as both memories and valuable assets.”

In a 2015 survey by the Federal Reserve Board, 46 percent of respondents said they couldn’t cover an unexpected $400 expense without selling something or borrowing. Considering that during the previous year, 18 percent experienced some type of financial hardship—a health emergency, the loss of a job—having no emergency fund is shortsighted. “In a crisis, people need quick cash, and they get themselves into predatory situations, either with credit card companies or with alternative lending services. It’s a vicious cycle that is hard to escape from.”