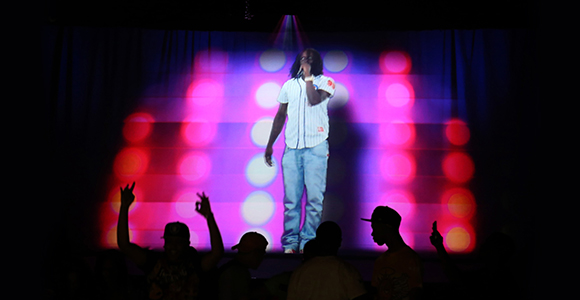 How to talk to gang members

Sociologist Forrest Stuart spent a year hanging out with a Chicago gang. Here’s how he did it.

Forrest Stuart’s first book, Down, Out, and Under Arrest: Policing and Everyday Life in Skid Row (University of Chicago Press, 2016), focused on police harassment of the poor in the Skid Row neighborhood of Los Angeles. In his first year of fieldwork, Stuart himself was stopped by police 14 times.

His current project—working title “Hashtags and Handguns”—focuses on poverty, violence, social media, and hip-hop on Chicago’s South Side. During a year of intense fieldwork, Stuart discovered that music and social media play a significant part in the city’s “balkanized gang violence.”

Many gangs produce drill music, a Chicago style of hip-hop characterized by explicit threats against other gangs. (Chief Keef is arguably the genre’s most famous practitioner.) When videos for these songs are posted online, they spark retaliation, through songs or shootings or both. The videos also get attention from fans, who wire the artists money or send other presents: clothing, drugs, guns. Some videos have millions of views.

“Engaging in violence via social media on a day-to-day level really helps these young men who live in poverty,” says Stuart, an assistant professor at UChicago since 2012. “They know that it brings a threat of death. But the benefits are just way too attractive to give up.”

Interview has been edited and adapted.

For your first book, you got to know homeless people by selling loose cigarettes and lifting weights together in a park. For your second, you played dice with the gang members you studied. Did you do those things so you would have something in common? 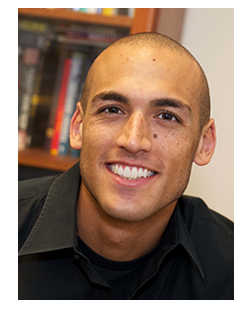 It’s more about giving myself and everyone else a legitimate reason for me to be there. When I was hanging out with the gang members, I had incredible anxiety and stress at the end of the day. I’m thinking, “How am I supposed to justify that I’m this 30-something college professor, hanging out in this housing project with young men that I have practically nothing in common with?”

Something I would tell my younger self—and that I want to convey to my students—is don’t try so hard to reduce the social distance. Don’t try to dress down or code-switch. If you’re studying gangs, don’t take on different slang. I did that a lot when I was working in Skid Row.

At that field site there was another grad student, a geographer, who was also writing his dissertation on Skid Row. He embodied an LA hipster: short little jean shorts, tight clothing, big conspicuous glasses. He made no attempt to be down. And I saw people that I was having a hard time getting close with immediately open up to him. That made me realize I just have to be myself. I’m a professor, but I want you to teach me. I am totally incompetent in your world. You’re an expert.

Teenagers are notoriously secretive. How did you get the gang members to be so candid?

This is a population—as with folks on Skid Row—who at every turn of their lives are told they’re worthless, they’re not special, they’re a drain on society. They’re told this by teachers, their parents, every cop who rolls up into their neighborhood and puts them up against the wall. And then I show up. I’m saying, “Everything you have to say is really important stuff. I want to write a book on it.” I’ve been able to cultivate these relationships because my attitude is, you should be treated with dignity and respect.

How did they get involved in gang life?

If you’re a young black man living in a poor neighborhood on the South Side of Chicago, a lot of violence is inescapable. One of the best ways to stay safe is by joining a gang. So your neighborhood becomes moderately safe, but now the neighborhoods surrounding yours are not safe at all.

Did you get attached to these kids?

Yeah, very quickly. That was something I was not prepared for. I love these guys, and I think they have similar feelings toward me.

Teenagers in general are emotional nightmares and terrorists. And these teenagers are dealing with chronic trauma. It’s not even post-traumatic stress, it’s chronic stress. So they don’t always behave the way I would like.

Every time they get arrested, it breaks my heart. A few of them have been shot, a few killed. I’ve gone to funerals for young men that I was incredibly fond of.